Welcome to the Kenny Wessel and Bruce Arnold Website!

If ever there was a reason to use the word “telepathy” to describe the playing of a duo, this is it.

Kenny Wessel and Bruce Arnold have a remarkable sound when they play together. It’s relaxed; it’s cohesive. It’s edgy and adventurous. It’s tonal and it’s Out There. However you describe it, the two master guitarists are playing and listening so closely to each other, it is often impossible to tell which one is playing as they enjoy their way through whatever piece of music they tackle.

Bruce first encountered this affinity when he invited Kenny to participate in the New York University Summer Guitar Intensive, an event Bruce had created to bring aspiring young guitarists from all over the country to learn and play with the best. In a series of concerts, Bruce performed with Kenny and they immediately recognized a special musical rapport.

Kenny Wessel is probably best known for his long tenure with Ornette Coleman. Bruce Arnold has created a name for himself with his applications of 12-tone theory to improvisation. They are both fully formed mature artists with distinctive styles and identity. 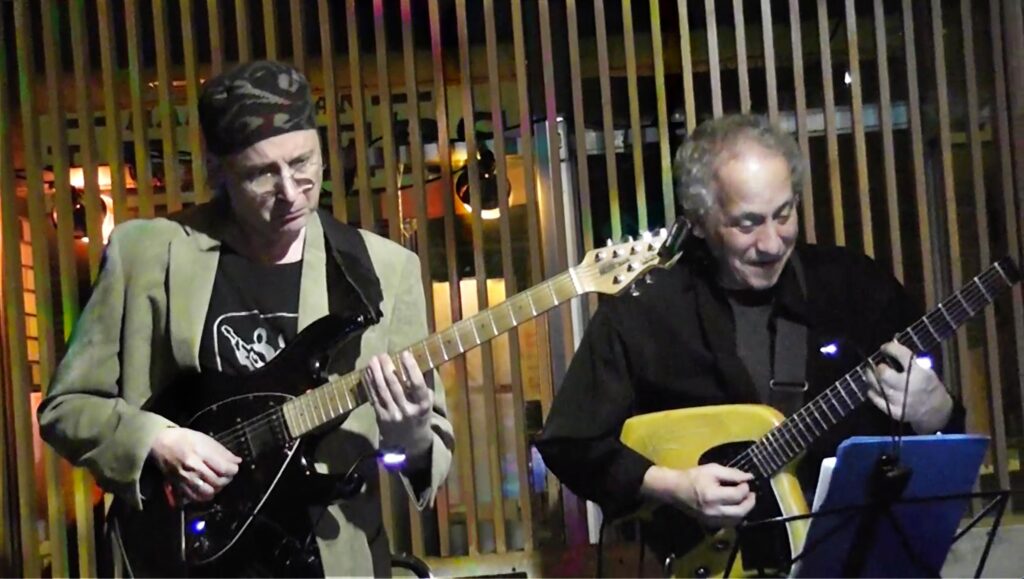 Put the two together, and another entity emerges, one that is a seamless melding of what both these artists have to offer. Check it out here.

To see Kenny and Bruce performing together please visit our Videos page.