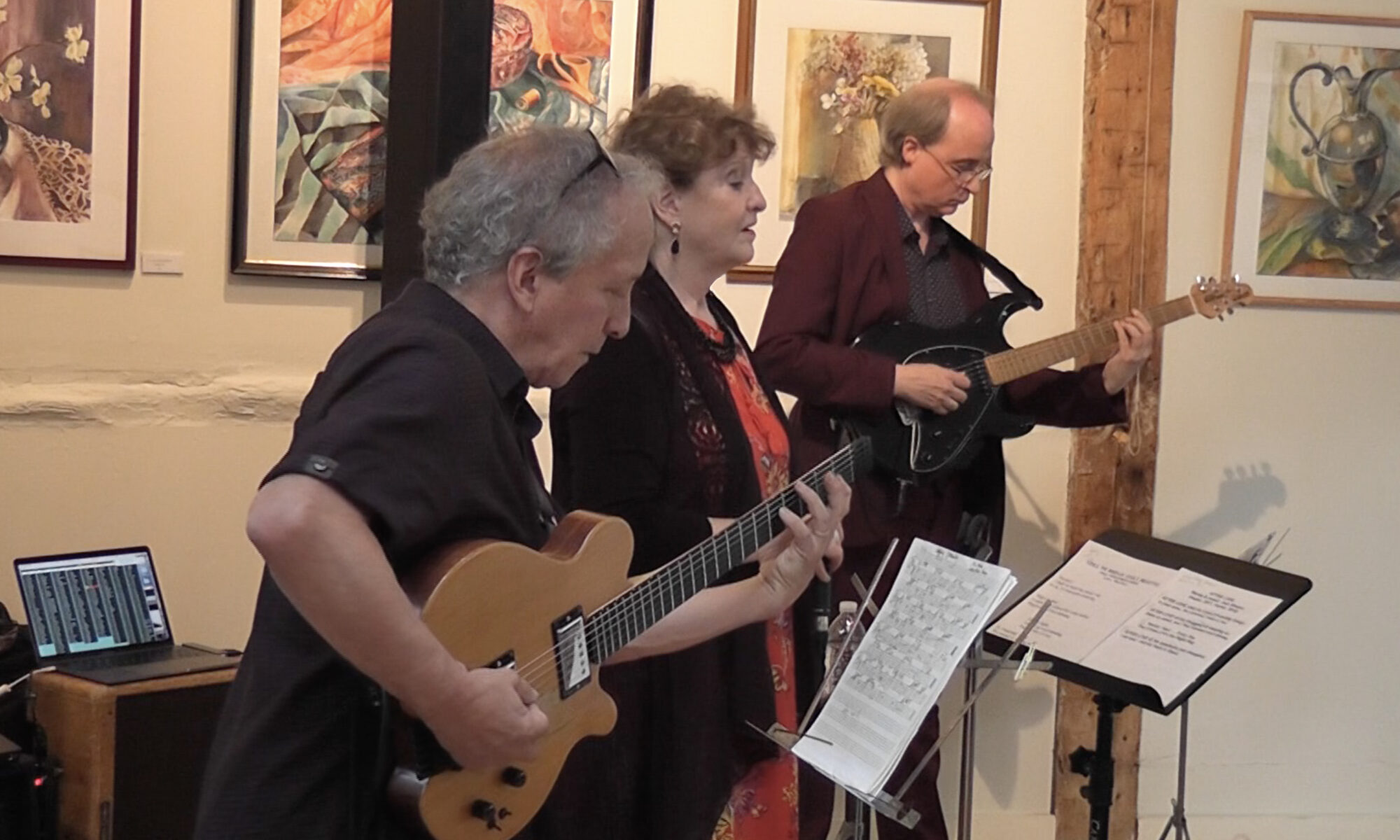 Kenny Wessel and Bruce Arnold have honed their duet style from the many gigs they have played together with the various incarnations of the Judi Silvano Zephyr band. Through Judi’s encouragement both guitarists have had a chance to develop their telepathy and it definitely shows on their new duet recording “Heard Instinct.” as well as the videos below.

Kenny and Bruce were lucky that Michal Shapiro was there filming many of these performances and was kind enough to make them in videos excerpts for your enjoyment. These videos mostly concentrate on Kenny and Bruce’s ability to solo together. This of course is only one aspect of playing interacting when playing with a band. Their ability to play chords and rhythmic ideas without stepping on each others toes is also quite phenomenal. Close listening and truly believing in team work makes their interactions definitely worth check out in a live performance!

There are some video excerpts from various performances of the Zephyr band coming soon to this website so please check back!